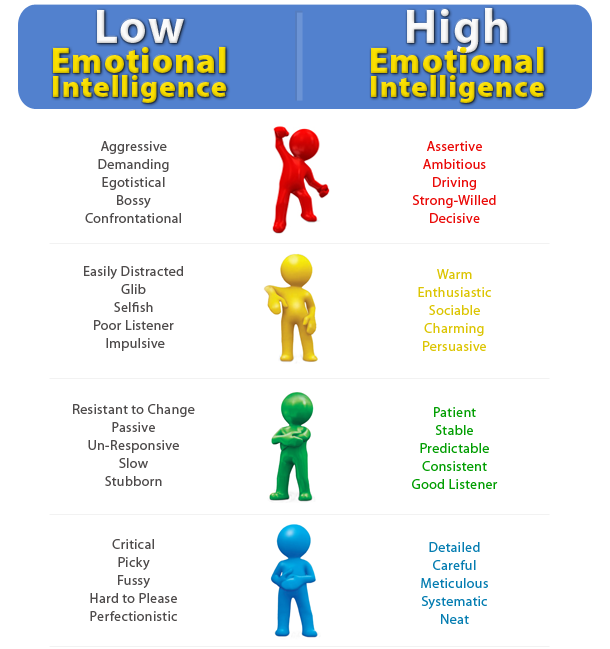 “At last a book that gives ‘how to’s’ rather than just ‘what to’s.’ We need no more convincing that emotional intelligence is at the core of life success. What we need are practical ways of improving it. Bradberry and Greaves’ brilliant new book is a godsend. It will change your life.”   – The New York Times

Only today I came across this book called “Emotional Intelligence” and it sounds really weird to me, like a coincidence, as not even a week ago I was wondering and analyzing the importance of the emotions, not only in the daily private life, but in business too.

I deeply believe that there is a huge difference when talking about “How’s” and “What to’s” and the fact that some guys wrote a book about it made my day. Glad to know that. =)

But what is exactly Emotional Intelligence?

Emotional intelligence (EI) is the ability to monitor one’s own and other people’s emotions, to discriminate between different emotions and label them appropriately, and to use emotional information to guide thinking and behavior – (Wikipedia)

Wow, so cool! But it’s not just that…

Emotional intelligence can be defined as the ability to monitor one’s own and other people’s emotions, to discriminate between different emotions and label them appropriately and to use emotional information to guide thinking and behavior.[1] However, substantial disagreement exists regarding the definition of EI, with respect to both terminology and operationalizations. Currently, there are three main models of EI:

Different models of EI have led to the development of various instruments for the assessment of the construct. While some of these measures may overlap, most researchers agree that they tap different constructs. – (Wikipedia)

For various reasons and thanks to a wide range of abilities, people with high emotional intelligence tend to be more successful in life than those with lower EIQ even if their classical IQ is average.

As soon as I read this, I started my EIQ test, and here I put the link if you want to try as well:

My next purchase: That book.