Definitely not just a sand, beach and resorts country: Mauritius is full in history, culture and lots of places to discover while in the country.

“The island of Mauritius was visited during the Middle Ages by the Arabs and then by the Portuguese, who named it Dina Arobi and Cirne, respectively. The island was uninhabited until the Dutch Republic established a colony in 1638, with the Dutch naming the island after Prince Maurice von Nassau. The Dutch colony was abandoned in 1710, and, five years later, the island became a French colony and was named Isle de France. Due to its strategic position, Mauritius was known as the “star and key” of the Indian Ocean. Followed but the British Invasion, Mauritius became an independent state in 1968″ – Wikipedia

First of all: What language do they speak?

Their own language is creol (which is a mix of french, english and portuguese), but they do speak french and english too.

During my very first days in the island I was attracted by the multi-ethnic side of Mauritius. In fact you can easily find chinese, indians, africans, europeans, but all of them are 100% Mauritians.

Guess how happy I was to see so many chinese people around, thinking I could easily practice my mandarin. Going around happily and approach them with a “Ni hao! Ni ha0 ma?” and a big smile waiting for them to reply to me in chinese.. instead their answer was: ” I don’t speak chinese“.

Exactly, although their family origins, most of the chinese here do not speak mandarin. Funny 🙂

What does the world know about Mauritius? Paradise island for its beaches, sun, sea and colours. We link too many times the word “heaven” or “paradise” to stunning tropical islands around the globe. However each island is different and we can not compare Mauritius to Seychelles or Maldives for example. And later on I show you why, with few pics taken around the island.

The island of Mauritius is one, and you do not need to fly to other islands once you arrive to the airport (That’s Maldives!). From Mauritius to Port Louis, the capital city, it takes about 45 minutes and 25/30 Euro for a taxi.

What you NEED to know before arriving to Mauritius.

And this is very important to know not to fall into mistakes at the immigration (Like “someone” did.. and that’s why my trips are always kind of mis-adventures):

Print your return ticket, your hotel reservation and be ready to answer all the questions at the immigration counter. For europeans: we are supposed to stay up to 90 days in Mauritius without visa (only the stamp on arrival). Once you arrive, be sure you check your stamp on the passport to see how many days the airport officer has given to you, because, it’s not like other countries in the world: they will give you the days of stay according to your return ticket’s date (this means if you plan to stay 3 weeks they will give you 30 days only and not 90). In case you want to stay more, you need to go to immigration and extend the length of stay BEFORE your “visa stamp” expires.

This is NOT written on any of the official and not official websites providing information on Mauritius: not even the Embassy will tell you that. So, be ready!

Now, let’s go to the facts: What you can find in Mauritius?

Port Louis: The business city of  the country. Worth a visit to explore the chaotic side of the island, visit the markets, negotiate prices and to relax in Caudan area, full of restaurants, coffee shops and boutiques. Do not forget to admire the local art pieces made in wood. If you plan to stay in Port Louis, well Labourdonnais Waterfront Hotel will be your home away from home. (They give you a chocolate every evening, wishing you a “good night”.. How sweet!) 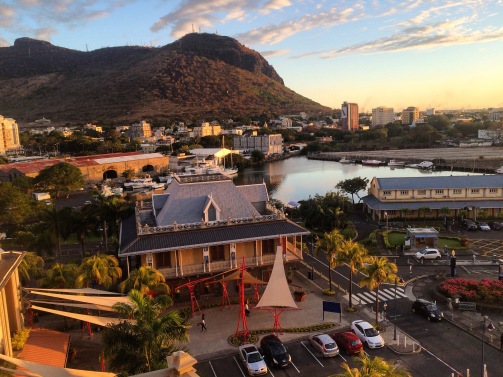 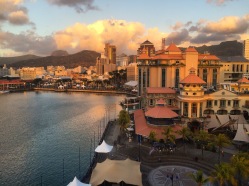 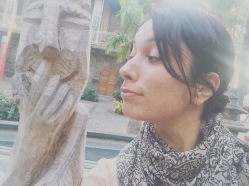 Le Morne Mountain: They recently opened a new trail for hiking, accessible to everyone, although you need to be VERY careful when climbing up. The view is simply breathtaking but you need to rest enough before you adventure yourself down again. Potassium and Magnesium are a must for that day. 😉 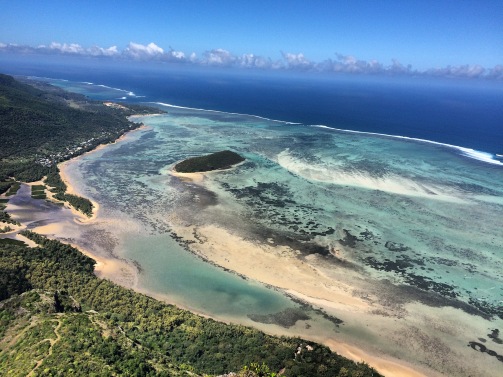 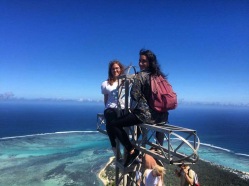 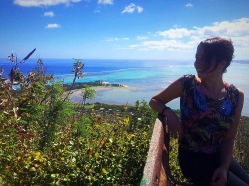 7 Colors earth and its waterfalls: Chamarel. Unfortunately I went there only when it was raining and could not get the real shiny colours of that area. Make sure it’s sunny before going there. 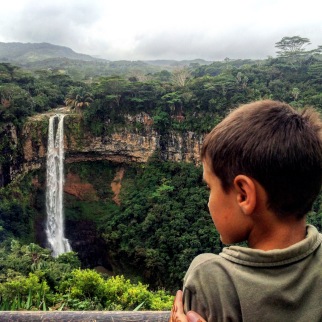 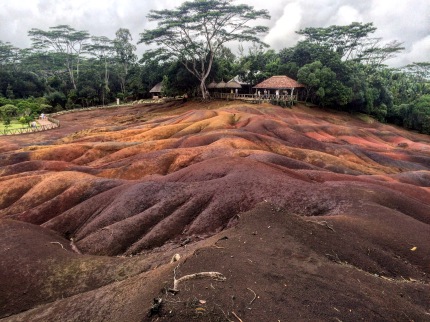 The curious garden of Chamarel: This is way too funny. Lots of items and stuff will play with your eyes… check it out 😉 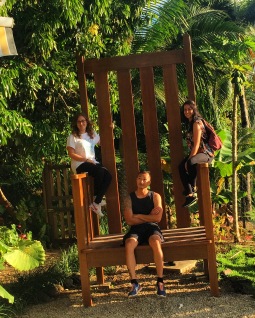 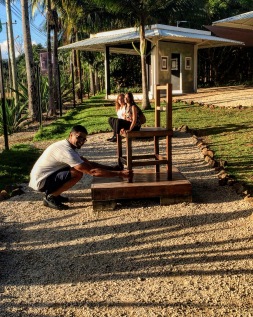 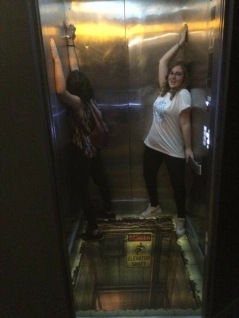 Pamplemousses and its gardens: walk around those old huge trees and giant turtles. 15 minutes away from Port Louis 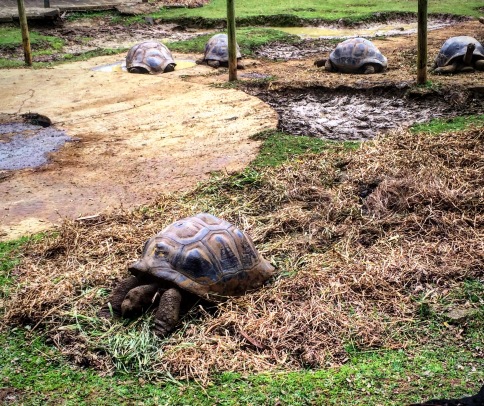 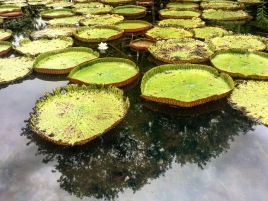 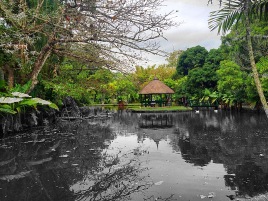 Ile aux Cerfs: It’s an island on the east. As an advice you need to go there with someone, friends or family. Avoid going alone (like I did), it can be boring, although it’s extremely beautiful . On the east coast there is the one and only Shangri-La Hotel just in front of the island. Otherwise Tropical Attitude offers a wide range of hotels and services to let you reach the island. 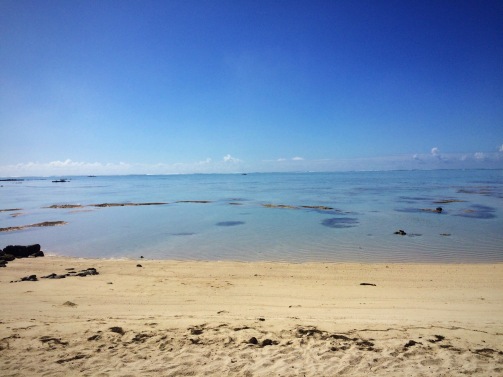 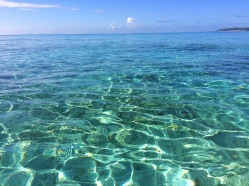 There are many other attractions, like the volcano, and the 7 waterfalls which I have not visited yet.  Will follow a second post soon on the cultural and business aspect of the island.

For the moment, I hope you enjoyed this short presentation of Mauritius and why you should not compare it to Maldives or Seychelles!

And by the way, Mauritius is very well connected to Europe through Turkish Airlines via Istanbul (Don’t be afraid to travel through Istanbul), Emirates via Dubai and of course Air Mauritius.

Enjoy Mauritius and go out of the resorts! 😉 EXPLORE.