Few months ago I read an article on the web stating the 10 least visited countries in the world. One of them was Brunei. Currently living in Indonesia it was just as easy for me to board on a direct flight with Royal Brunei Airlines and get to the country after 2/3 hours.

The picture above shows the iconic Mosque of the country, although it’s not the biggest one: Omar Ali Saiffudien Mosque stands in the middle of the city of Bandar Seri Begawan, the capital. I personally love the islamic architecture and I am kind of addicted to enjoy visits to Mosques in general. Being Brunei one of the most strict countries in terms of rules to follow (nothing compared to Saudi though) I brought my beloved abaya that I was using in Saudi to enter the Mosques. Couldn’t wait to wear it again! 🙂

It is not mandatory to wear the abaya or hijab in Brunei for not muslim women, however it is recommended to wear an appropriate dress code when going around. Super tiny shorts, skirts or tops are not allowed. As usual, we, travellers, just need to follow the rules and respect the country’s culture and everything will be alright. If you are travelling to Brunei and want to get a cocktail on the beach, you can easily forget about it: no alcohol is allowed. Cool, we go for a virgin Mojito then!

Personally I usually read about every country’s rule before getting there, and I have no problems in drinking water instead of alcohol, however I found many people complaining about these type of rules either in Saudi, or here in Brunei. Again, my suggestion is to always know things and get information before end so that you do not complain or regret your choice once in those places. It is not your country; adapt yourself and follow their rules!

The city of Bandar is really quiet, especially during prayer times. It is small as well, but easy to walk around. People are friendly and willing to help you at anytime. I found many locals and filipinos working there who were happy to help me whenever I asked for information. 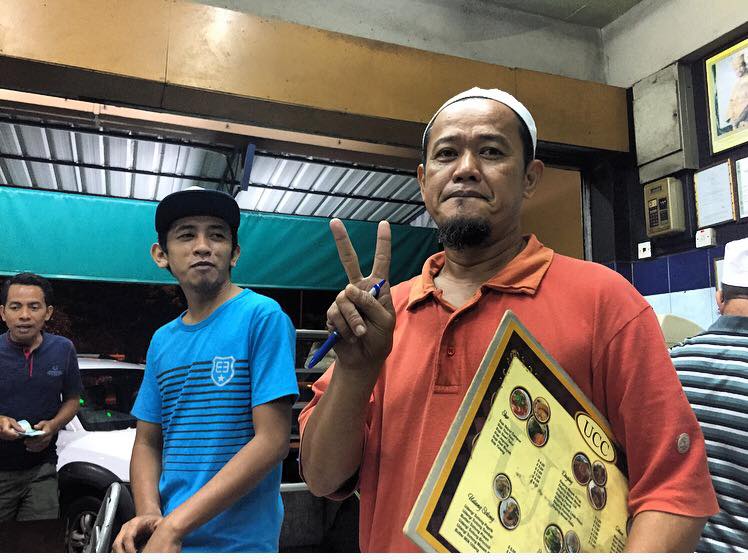 There was a day when I was going on foot alone to the national park, but I was not finding it. I was even probably the only person walking around (too hot that day), but I was lucky enough to find  an Australian family living there who offered me a lift to the park. Thank god! I would have fainted otherwise.

The park itself is not big, but worth a visit, since it is in the city: waterfalls, an open air gym, monkeys and pathways are waiting for you.

I would be careful about monkeys though! I found them pretty angry that day, and I am not a big fan of them. Huh, bad experiences: they tried to steal my camera when I was in Malaysia. Always better to have some bananas in the bag to give them! XD

That’s the poorest part of the city: an entire village on the water. They call it the Venice of Brunei. I wouldn’t relate this to Venice, however the concept is the same.

An entire community of poor people live in those wood houses on the water. It’s actually pretty much fun going around there: people are so smiley and friendly, they always try to talk to you, asking questions about yourself. The simplicity that I love. 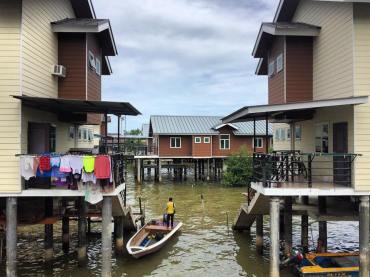 20 Minutes from the capital city stands a unique piece of art of Hotel, called The Empire. I stayed there one night to enjoy the view, its facilities, relaxing by the beach.

One of the biggest hotel and golf resorts ever visited. Worth a night stay for sure!

My visit to Brunei ends with the night market and the biggest Mosque. I did not go visiting the jungle as I have been to so many jungles in my life already and the price to go there was not cheap, to be honest. I found it too expensive (around 100 Euro more or less). So, I skipped it.

At the night market you can find lots of local food, and some random pasta with meatballs too!

Last but not least, the largest Mosque of the country: the wonderful Jame Asr Hassanil Bolkiah Mosque. A must visit! Stunning.

Thank you green Brunei for the lovely weekend! 😉