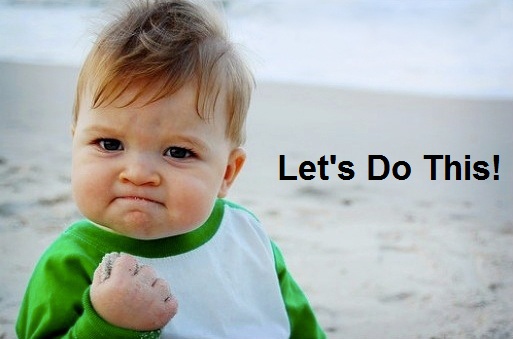 When you first step out of your comfort zone, you don’t even realise what you’ll go through when moving abroad, either for a short time or for an unknown and long one.

When I first went to Los Angeles to study english, it was just for one short month during summer, when I was in High School. I was way too excited to leave: it has always been my dream to go there and I have worked really hard to make it happened, so my parents had to say “Ok, you can go”.. and they did.

Well, I still don’t know how I made them saying yes, I was an iper-active 17 years old girl at that time, and getting in trouble was almost part of my daily routine.. anyway I made it to LAX.

I was so happy that month that I don’t remember to have called my parents once. They did, and what I asked them was: “Can I stay for an other month?”. The response was more than negative.

The month ended. Once landed in Milan, I took my baggage.

I was so depressed.

And you know that moment when the exit doors open and you see a bunch of people waiting for friends, relatives, waving at each other, crying and you run to hug them?! 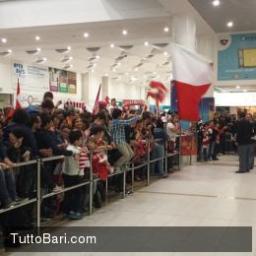 I ran too, but in the opposite way.

I saw my parents waving at me and I realised that my dream was gone. I didn’t want, I wanted to go back and live the dream again.. so I started crying and ran back inside the airport.

I still feel ashamed for my parents… poor guys, having to deal with an insanely crazy daughter. I had nothing against them of course, but my first reaction was that one. Then I went back, said sorry and  kind of hug them.

Second and third time, both coming from San Francisco when 21/22, I almost did the same: no enthusiasm to come back home at all. USA was and still is my dream, even if I was missing my family, I knew it that California was my second home. I was studying, working, cooking (sometimes), enjoying life… and even when difficulties came up, it was good to grow and do things without the help of your parents. That helped me a lot.

But what really helped me to change, grow and appreciate little things in life is the flight I took on February 2012 from Rome to Ningbo (China).

That experience was the hardest, toughest but most useful one I have ever had till now. And it’s not about the language barriers , or problems in communicating with each other. That small issue is easy to solve, you just start to learn the language. But what you can NOT solve is the way how you think and the way how they think, which is coming from an other world. =P

I passed my first 7 months crying almost every night, thinking how difficult was to have a real friend there. Everybody was kind enough with me, but as the culture was so different, they didn’t show any passion, any true love: no hugs, no kisses. Everything was superficial.

Well, this is what I was thinking. It was the first impression.

Briefly.. I was missing a hug soooooo much, that I understood how much my parents would have needed a true hug from me that day when I landed in Milan. I felt so bad.

After 7 months of China I was finally going back home, but just for 6 days. Enough to recharge a bit and start over (new life)!

On the plane, I usually sleep, even before the departure and wake up when landing. That time my adrenaline was too high that I couldn’t fall asleep. I was looking forward to see my parents. I remember I was imaging the scene at the “exit doors”, I was kind of afraid of my mood. I had so much emotions inside that I didn’t want to show it in the wrong way.

The exit doors opened and I saw my mom and one of my best friend waiting for me and freaking out to hug me. I was very happy to see them, but no… I didn’t run to hug them. I was looking for my dad, wondering why he didn’t show up and then I saw someone trying to hide behind the columns…

Oh yes… There we go.. I ran! And I ran so fast. I was even crying when hugging him.

All my emotions came up at once =)

So from that point, hugs means a lot to me. Less words, more hugs please. =P

Basically this is how I changed: from stone to sweetheart. My relationship with my family got closer and closer, especially when far away.

But what really makes me crazy is the way how I can convince them to do things. Or at least in the past I was very good at that: I convinced my dad and let him convince my mom to meet me in Beijing in 2013 and see the Great Wall once in life together, just for 7 days.

Sounds easy, but it’s not! Especially when your mom wants direct flights, nice location of hotels, western food, dealing with the visa staff in Italy is a nightmare and both of them don’t speak a word in english (my mom kind of). Anyway, I got them a very special fare flight with Aeroflot Russia, leaving from Rome to Moscow and from Moscow to Beijing.

2) Did you know that italians need a visa in Russia if you miss a plane and you have to stay there?

I didn’t, until that time when the Aeroflot staff called me and explained the situation. My parents didn’t have the visa, of course. And cause of that, they had to stay in a locked room in a hotel near the airport: they couldn’t go out of the room. There was also a bodyguard outside to avoid people escaping from their rooms. The next morning, they left … on the way to Beijing.

They were a but disappointed about the situation.. but still OK.

3) I landed from Shanghai and decided to wait at the airport in Beijing, as just about 3 hours later my parents would have arrived. (At least it was on the plan).

5) In the meanwhile, as the weather was really awful, with big thunderstorms, all the other planes changed their route. Some of them were cancelled, some of them with delays, and then there was my parents’ flight still on time. Great.. I’m lucky then. =)

I and some of other russian people waiting for their relatives started to ask to some chines policemen what was going on. As the airport (international airport) was empty we didn’t know who to speak to. Plus, the policemen didn’t even speak a word not just in english but not even in mandarin, they were just laughing.

7) Better to call Aeroflot. We called. Their reply: Plane will land at 1.30am.

8) 1.30am: NO PLANES HAVE LANDED YET! And in the meanwhile, my grandma was calling me: “did they arrive?”

There I lied, saying they had a delay and I started freaking out. I was going crazy, I was not calm anymore, was super afraid.

9) 2.00am: We called Aeroflot again. They said the plane landed in Beijing at 1.30am. Web said the same thing. My parents phones were off.

I was shocked. We all were shocked. NO planes landed in Beijing.

I started not feeling well. I puked more than once. (bad to say, but that helps to describe how I was feeling).

Poor dad, he barely understood that they were in Shanghai, he couldn’t even understand why I was so upset. He didn’t have a clue at all that we all didn’t have any information about their flight.

11) At the end of the day: they had to wait other 2 hours before the departure from Shanghai to Beijing + 2 hours more of actual flight.

They landed in Beijing at almost 7am in the morning.

The exit doors opened, I saw them, I was waving at them with tears on my face. They didn’t run to hug me at all… they were smiling but scrolling their heads and saying:

I was the happiest daughter in the world. Hugging your parents, when just couple of hours before you were afraid of not seeing them anymore, is completely priceless. 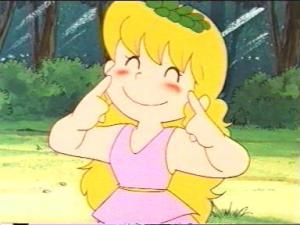 “Beautiful. Better to go back to the bus Fede!” (my dad’s words) 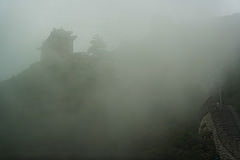